The Film Music Festival in Krakow has grown considerably in its ten-year lifespan and it shows. The concerts are getting larger in scale year by year. But on the other hand, it also brought forth something more gentle and smaller in size: the FMF Youth Orchestra concerts. It is a series of concerts done by a project orchestra with young musicians. The orchestra has been playing at the FMF for the last couple of years. Last year I attended their concert for the first time in a small theater in the city center of Krakow. They played music from the DC Animated Series and it was a great event which my friends and I enjoyed very much.

This year the Youth Orchestra, led by Monika Bachowska, had received a small promotion: They could now perform in a bigger venue: The ICE Conference Centre where other FMF concerts are also being held. The theme of this concert was music of the Star Wars movies. They started with a great suite from Star Wars Episode 4 to 6. The horn and flute solos were just gorgeous in the “Princess Leia’s Theme.” For “The Imperial March” the conductor’s baton transformed into a small red lightsaber to make sure that the Dark Side of the Force helped the strings to play the rhythm solid and with great haste while the brass players played the melody strong and very powerful. The suite ended with a great performance of “Throne Room & End Title.”

The next Star Wars piece was from The Phantom Menace. To support the music, a dedicated FMF Youth Choir was now ready to sing,  but at the same timealso a screen was lowered showing clips from the movie.The first notes of the choir in “Duel of the Fates” gave me goosebumps all over my body. Unfortunately, the choir was forced into the background when the orchestra started to play in full force. “Battle of Heroes” from Revenge of the Sith, which was next on the program, had a bit of the same problem. The last piece of the afternoon was of the latest Star Wars episodic movie: The Force Awakens. All the latest installment’s popular tracks were beautifully performed, like “Rey’s Theme” and the “Jedi Steps.” For the encore, the red lightsaber baton reappeared for another “Imperial March.” 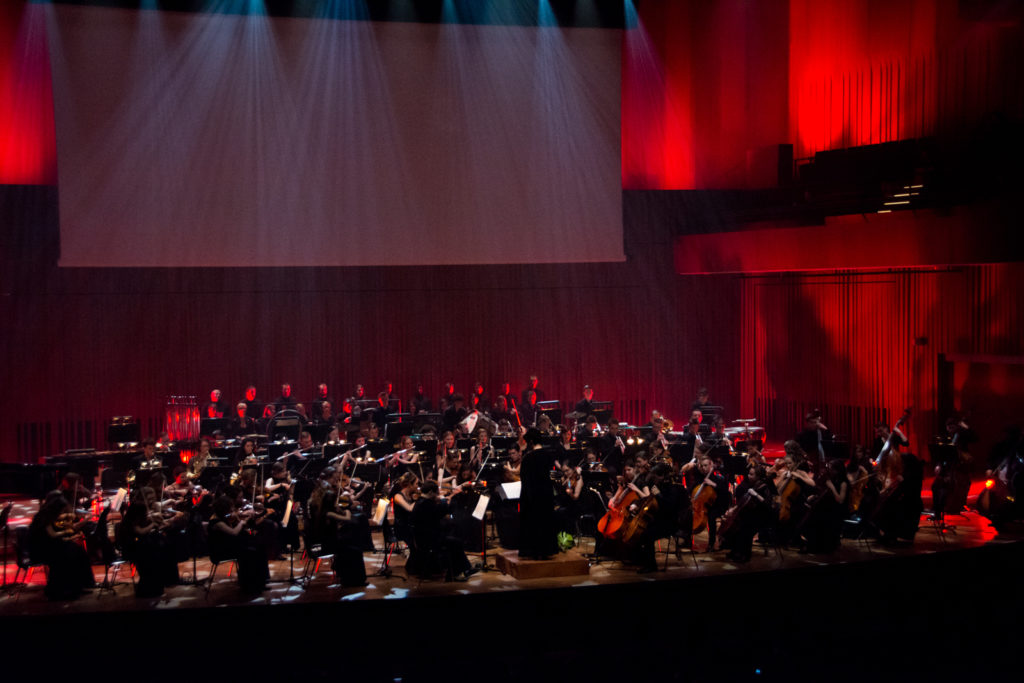 Like last year, I really enjoyed this concert. The enthusiasm of the youngsters is translated well into an enjoyable performance. I have been to this venue for many times now and this concert was my first time where the performers on stage were not amplified so we could just enjoy the music as it was played and sung on stage. The problem with the choir being overplayed would have been fixable by amplifying the singers, but a better solution would have been to have more singers. There was also some confusion with the images on the screen. While the music of the first three episodes was playing, we were seeing the clips from the seventh one. I have no idea, whether this was deliberate or by accident, but it was distracting me from the music a bit. However, all these issues are minor points. Overall, I really keep enjoying these FMF Youth Orchestra concerts. It made me happy to see that they were able to fill the big hall of the ICE Conference Centre. I would like to thank the orchestra for showing me that it is possible to have a great performance in this venue without any technical help, and I hope to enjoy another concert again next year at the festival.

Where and when: Krakow, Poland – May 21st 2017 during the Film Music Festival
Orchestra and choir: FMF Youth Orchestra and FMF Youth Choir conducted by Monika Bachowska

All music composed by John Williams 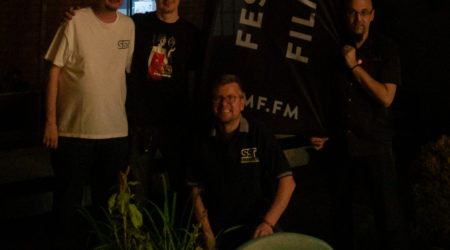