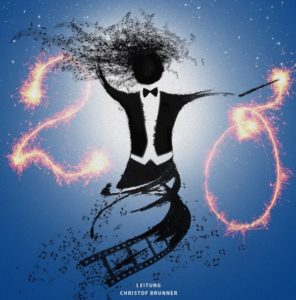 As regular followers of this site you may know that we regularly travel Europe (and the world) to attend big film music concerts. What you may not know yet, is that sometimes our itinerary is completely random and we pick our destination solely by checking which city hosts a promising concert on a given Saturday evening. This is how we ended up in Zürich for “Classics of 20 Years” performed by the orchestra TiFiCo, which started as a youth orchestra but has grown into a standard concert orchestra. The venue where the concert was held was charming and old-looking. It was also completely sold out. They even had to open the back doors in the hall and put chairs in the back corridor so that more people could enjoy the show.

The orchestra started very traditionally with “Also sprach Zarathustra,” famous from 2001: A Space Odyssey. Since the venue had a huge pipe organ, it was a nice touch to include it in the performance. At the end of the piece, the organ player wanted to make sure that the audience knew he was there, so he played a short burst on his instrument to great enjoyment of the audience. The next piece was from Indiana Jones. I was expecting the “Raiders March”, but it was a beautiful suite, including “Marion’s Theme” and “The Map Room” accompanying the march. The following suite from Forrest Gump was very well executed, but it was also the track where I noticed that the brass section was occasionally overpowering the strings.

One of the double bass players traded his instrument in for a bass guitar for a swinging version of the Mission: Impossible theme, where the drums and bass guitar set the rhythm for the wood winds to play a spectacular solo together as one. The next piece was quite a contrast, but also very great to hear live: James Newton Howard’s King Kong. The music started very mysteriously and it was great to have the main theme fill the whole venue afterwards. The trombones and the screaming horns did an especially great job. For the next piece – “Across the Stars” from Star Wars: Attack of the Clones – the oboe had the main role. The well-known solo was played beautifully, and the rest of the orchestra performed well also. Before the intermission, we enjoyed a instrumental suite of The West Side Story. 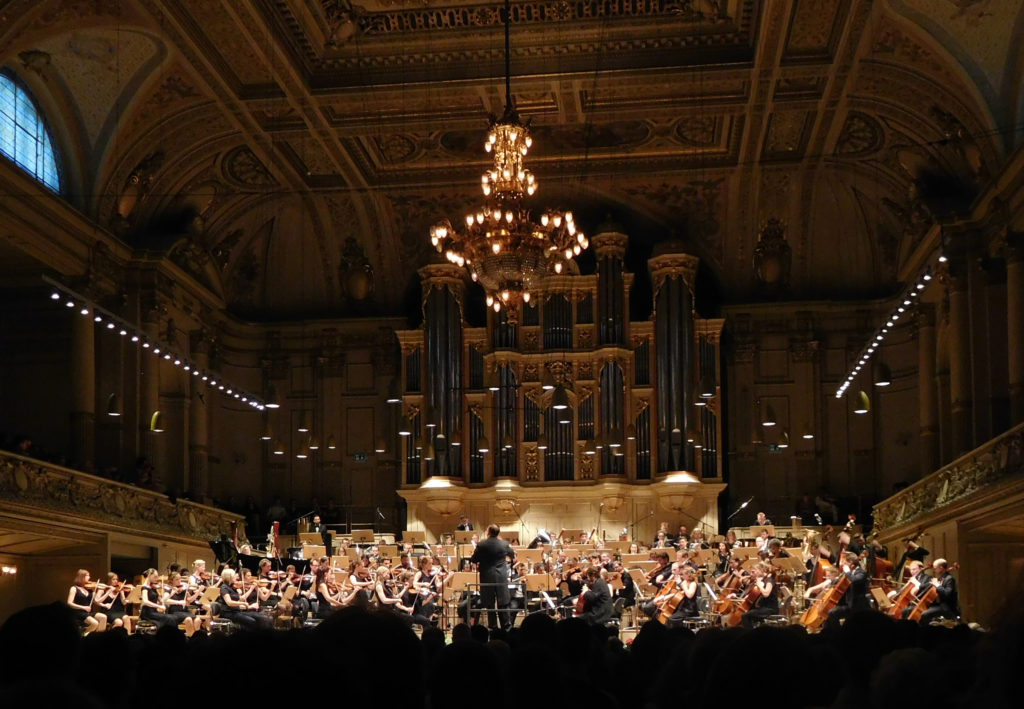 The first two pieces after the intermission were written by the composer John Barry and they were both very contrasting in style: music from James Bond and Out of Africa. The first one was a swinging suite of the Bond songs and themes with a guest guitar player and the latter was just some gorgeous melody lines. Then it was time for another instrumental suite of a musical, this time from Aladdin. In that piece, the orchestra showed that it was totally capable of playing light music. For “Love Theme” from The Godfather the concertmaster revealed a hidden talent: she played the solo part on an accordion. It’s too bad the piece is so short, because I would have loved to hear more from her. She had a lovely melodic technique. Last on the program was a classic from John Williams: “Adventures on Earth” from E.T. It was a well-executed and  very solid performance.

Having attended as many film music concerts as I have, I have taken to trying to guess what the encore will be.. most of the time it is one of the great John Williams pieces. This orchestra really surprised me with a version of Once Upon a Time in The West. A great piece, but not one to end an evening with. The orchestra agreed and rounded up the night with the theme from New York, New York, made famous by Frank Sinatra but written by John Kander.

So the big question is of course if it was worth the trip to Zürich for this concert, and I would respond positively to that question. My friend and I had a great night out, with this lovely and varied program of film music. I personally had a hard time hearing the cello players (though my friend completely disagreed with me on that), and sometimes the brass section was a bit too loud. But those were some very minor things that did not stand in the way of a very enjoyable evening.