It was a great honor to be invited to one of the recording sessions for the music of the Dutch nature movie Wild, composed by Matthijs Kieboom, on July 25th. The movie is shot in the Veluwe national park in the Netherlands. The music was being recorded in a studio in Arnhem, which is fittingly very close to that national park, and the town also serves as the home base of Kieboom.

As only the string players participated in this afternoon session, Kieboom had a group of 20 to work with. The Denmark based, Polish orchestrator Thomas Bryła, who helped Kieboom with this movie, was also present for occasional support from the control booth upstairs. The musicians had already completed a three-hour session in the morning before my arrival, and they started the afternoon session at 2 PM sharp. Initially they were having some small talk with each other, but when it was time to record, it was like they flipped a switch and the focus was there to do the recordings as efficiently as possible.

All the musicians were wearing headphones playing additional music like percussions, but it was also accompanied by a so-called click track giving the pace to help them play their parts as perfectly as possible. Kieboom himself was wearing headphones as well. Through these headphones he could also hear the people in the recording booth upstairs if they had the line open. There was no need to give him a microphone – even the smallest sound could be heard in the control booth. Not much of the movie itself could be seen inside the studio, it was on a small monitor in the control booth and in front of Kieboom himself. The only clue the musicians had was that Kieboom sometimes told them about the scenes, other than that they had no idea for what kind of scene they were playing.

Most of the pieces were done in one or two takes and could be recorded as a whole, but the second piece after the intermission was a different story, as it had a pretty difficult pattern in the first part. The second part was done in a couple of takes, but this first part needed quite some tries to get it perfectly recorded. The music is not recorded chronologically, and the advantage of that was very visible in the next cue, which was short and simple to play. This is a good way for the musicians to relax a bit to mentally prepare for the next difficult piece. Ten minutes before the official end time, all the recordings for that day were done, and before I knew it, all the musicians had left the building. The studio now had three hours to prepare everything for the evening session with the brass players. That meant putting up all new microphones for the musicians, while keeping the existing microphone setup intact for the string musicians that were returning the next day.

In the evening, after a lovely Italian meal prepared by the sound engineer, we resumed with the brass session of 8 musicians, consisting of four horns, three trombones, and one tuba player, in the evening. The same thing happened with these musicians: after some small talk and playing some notes on their instruments they were ready to record at 8 PM sharp. The music was different this time, since the music that Kieboom had written for them was intended to support the strings. So I heard the same music as I heard in the afternoon playing in the control room and on their headphones, while they were playing their parts over it. Since brass sounds were not needed for all the string cues, this looked like it was going to be a shorter recording session. I could listen to some lovely long lines, and here and there I could enjoy some solos that Kieboom had written for the horn or even in the high range of the tuba. The recording went perfectly most of the time, although there was at least one part that had to be done in multiple sections, because it was impossible for the players to remove their mutes without making noise, which, to me, was another interesting thing that is only a problem during recording sessions. Unfortunately I had to leave during their break in the evening for my long trip back to home.

I knew the theory behind recording film music, where initially a composer sits in his studio writing on his keyboard and using some other small instruments to play. After this first stage this will all be replaced by music played by real musicians during the recording sessions, but it was great just to see it all happen before my own eyes, and to see all these little details involved in recording the music. I should give my compliments to Matthijs Kieboom for his conducting skills. Conducting is a talent that not all composers possess, however his methodical style with a hint of emotion was very easy to follow for the musicians. One thing I did not mention much in this article is the music itself. Since I have only heard parts of it, and did not hear the music with all instruments in play, it would be difficult for me to give a real opinion. However, my first impressions are very positive. When I heard the brass join in, it really added something to the music that I had heard hours before. Especially some brass solos sounded fantastic, and I cannot wait to see this movie in cinema with the inclusion of the woodwinds and other instruments.

I would like to thank Matthijs Kieboom and the fine crew of Sound Vision Studio for the invitation, the food, and the awesome experience. 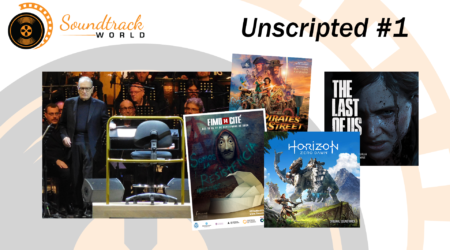 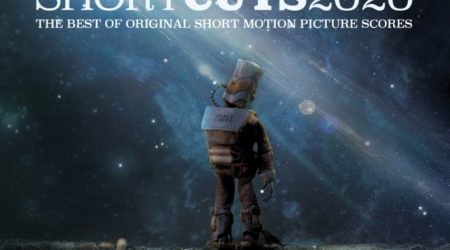