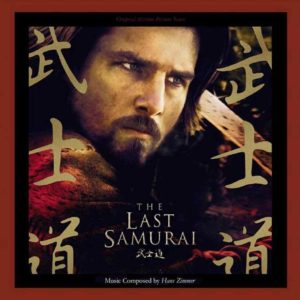 In the days of YouTube, online radio and mobile playlists, the old stack of CDs tends to be neglected more and more. But putting on a record that has been sitting on your shelf for years can not only bring back pleasant memories, it might also provide new perspectives and initiate fresh thoughts.

This is exactly what happened recently as I gave the soundtrack of The last samurai from 2003 another listen, after the record had gathered dust for quite a while.
The music immediately brought back memories from when I first saw the film in the cinema 14 years ago. Back then, the powerful music combined with an exotic scenery as well as a story about righteousness, honour and devotion had impressed me strongly. Despite the positive memories, however, I also felt that I have become more critical about both Edward Zwick’s film and about Hans Zimmer’s music.

My major point of criticism is connected to historical accuracy and mainly refers to the story, but to some degree also to the music.
Even though the film picks up some threads of Japanese history from the second half of the 19th century (e.g. Meiji restoration, Satsuma rebellion, battle of Shiroyama), it reconnects them to create the canvas on which a completely fictitious story-line is painted. Most importantly, the protagonist Captain Nathan Algren has no historical equivalent at all. Furthermore, showing the samurai rebellion as a conflict of ‘old vs. new’ is a crude over-simplification. And it kind of bugs me that at least parts of what I thought were beautiful Japanese landscapes turned out to be from a completely different hemisphere − many scenes were shot in New Zealand.
With regard to the music, it has to be assumed that what The last samurai presents is rather made to meet the western audience’s acoustic expectations than to provide a historically accurate soundscape for the film. In order to create a (stereotypical) Asian atmosphere, Hans Zimmer made use of a number of traditional Japanese instruments in addition to the regular orchestra. The most distinctive of those instruments are big, rolling drums (taiko), exotic flutes (shakuhachi) and koto strings. Considering Zimmer’s style, it is no surprise that modern synthesizers and electronics also played a role in the creation of the soundtrack for The last samurai. However, this can hardly be held against the composer, even though it seems to run counter to the attempt at authenticity, since old and new instruments blend in very well and there are no discernable inconsistencies (at least for my layperson’s ears).

Despite the introductory criticism, I still have to admit that I like The last samurai’s soundtrack very much. Let’s now take a closer look at the music:
“A way of life” is among my personal top-ten of soundtrack opening titles. The track serves as a kind of overture, as it sets the stage and already contains some of the soundtrack’s most iconic themes. It begins quietly with the koto and a characteristic shakuhachi part. Towards the end intensity rises and the orchestra engages in an emotional call-and-response-like interaction with the solo flute.
For the first couple of minutes of the following piece − “Spectres in the fog” − the big taiko drums are the predominant instruments. They are joined by the orchestra in the second half and the dramatic theme from the previous track’s ending is picked up once again.
In “Taken” the brass section makes its first prominent appearance and while it’s mainly strings and rolling drums once more, there are neither flutes nor Asian strings this time. Therefore, this track does not sound as distinctly ‘Asian’ and in my mind’s eye it evokes the image of a big ship taking to the ocean with full sails.
While there are almost no drums in “A hard teacher” − a calm and thoughtful track with soft strings (plucked and bowed) − they make a mighty return in “To know my enemy”, where they are combined with Asian woodwinds to create a dramatic atmosphere.
The sixth track on the album musically illustrates the idyll that Captain Nathan Algren has found in the Japanese hinterland and his decision to take up arms against his former comrades. Quite fittingly, it is named “Idyll’s end”.
In my opinion, “Safe passage” is the most emotional track on the CD, as it recreates feelings that were introduced in previous titles and puts them into sharp focus. The intensity, commitment and desperation that can be felt in the rising strings and the wailing flute still give me the shivers every time I hear this track.
The album’s shortest track “Ronin” might also be the least spectacular one: After a quiet string introduction it basically consists of a loud and strict koto rhythm with brass support which certainly serves its purpose in the film, but is not very entertaining music-wise.
As if in compensation for the last track’s deficit, “Red Warrior” goes all out: beginning with soft strings, it contains actual warrior shouts, rolling drums and a tense string-brass interplay at the end. In my book it is one of the most iconic Zimmer tracks of all time.
“The way of the sword” provides a dramatic finale (rhythmic drums, dark brass and strings) with a long-drawn fade-out into silence. But before the CD ends, “A small measure of peace” rises from the silence to wrap things up in a serene manner. In an atmosphere of thoughtfulness and calm the listeners/viewers are released from the fictitious realm created by music and film.

If one were overly critical, one could say that The last samurai recycles Gladiator’s formula of success and that it therefore is not much more than straightforward regurgitation. Unfortunately, there is some truth to this criticism, as certain characteristic Zimmer approaches and patterns are clearly recognisable (e.g. use of ‘traditional’ instruments, energetic drum support, climatic structures). Anyway, I can’t really see this as a justification for negative criticism − simply because it works (“Never change a wining team.” & “It aint stupid if it works.”).

In any case, putting The last samurai on once more reminded me of what I like about the older Hans Zimmer scores: They are highly emotional while at the same time providing the necessary oomph to make you physically feel the music. Unfortunately, I also realised, that I was listening to sounds from a bygone era. Zimmer seems to have moved on musically and pursues a more minimalistic approach in his recent works (see Interstellar for example). So while I was really looking forward to every new Zimmer score in the Gladiator days, I don’t get excited by most his new stuff at all. This disinterest is further strengthened by two other factors:
First, Zimmer seems to be a real workhorse as he throws out soundtracks in an amazing quantity. Maybe it is an inevitable consequence of this high output that some scores are a little thin on new ideas or material seems stretched to fill the time (apparently, the formula mentioned above doesn’t work every time).
Second, I am not sure anymore if a Zimmer soundtrack was really written by the man himself. From what I hear, the Zimmer brand provides a roof for many ‘ghost composers’ to write under and at least some of the music published under the name Hans Zimmer has actually been written by nameless minions. Even though I realise that this is no uncommon practice in the music business and though I know it has a positive side as it allows young composers to get into the film music industry under the tutelage of an established composer (with the hope to step out of their mentor’s shadow and to eventually become big players themselves), I must admit that it has dimmed my admiration for the man.

What I take from this look back is that, in a way, ignorance can indeed be bliss. Because over-thinking can really spoil a piece of art, I find it most enjoyable to simply allow the music to unfold its power to draw me into a certain state of emotion without considering the whos, hows and whys.
And that I should play the old CDs more often. 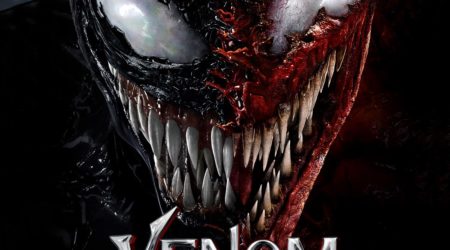 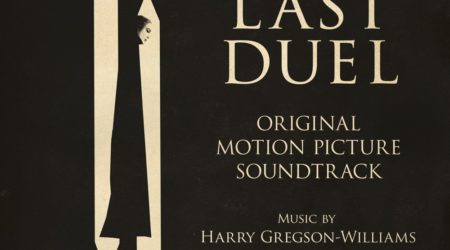