in Halle an der Saale, Germany

When October gave way to November, Halle an der Saale once again turned into Germany’s film music capital as many national and international big names gathered in the city for the 10th Filmmusiktage (film music days). This event provides an impressive programme with diverse highlights such as master classes for emerging composers, special film screenings, the ceremony for the German Film Music Prize and a grand gala concert. With George Frideric Handel as its most famous son, Halle prides itself on its impressive musical heritage and this year’s gala concert proved that this pride is not without justification.
Conceived as the finale of a whole week of film music events, the gala was held in the opera house and the red carpet glamour that was brought by such illustrious guests as Trevor Jones, Harold Faltermeyer and Jean-Michel Bernard could not even be dimmed by the concert hall’s rather dark and somewhat narrow interior.
Conducted by Bernd Ruf, the Staatskapelle Halle orchestra entertained an audience of almost 700 guests. In between the individual pieces, Ruf also lead through the programme, and while doing so with an air of pleasant informality, he even managed to throw in the occasional educational fact about the music. 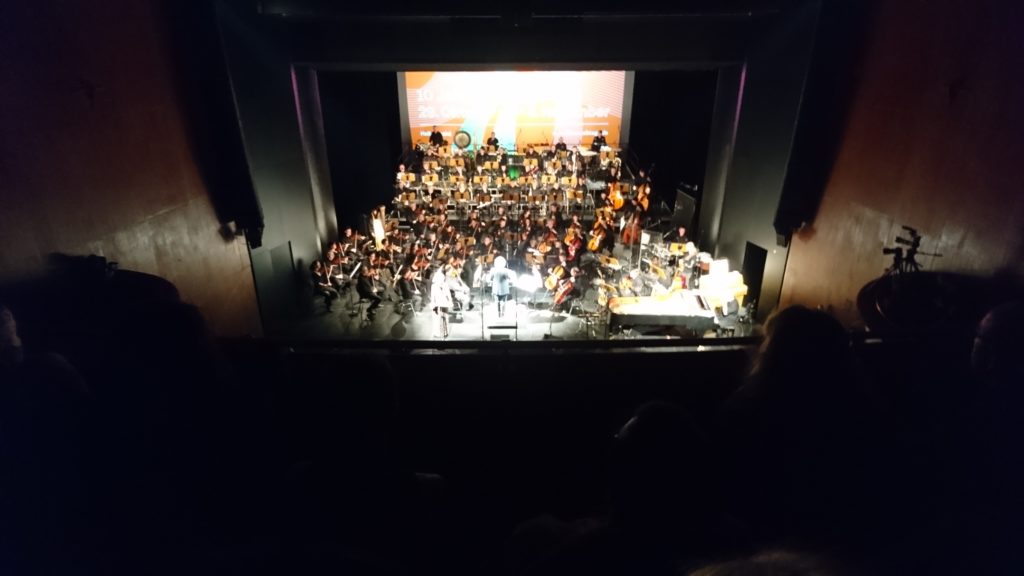 After a short introduction from the radio host (the whole concert was broadcast live) the music began with “Chariots of Fire” by Vangelis. Hearing this piece, which is quite heavy on electronics in its original form, played by an orchestra was quite a treat. Especially the flute and the horns did a great job. However, even though the music was well-played and the overall sound was really warm, for some reason this rendition did not feel completely genuine and could not recreate the emotional soundscape of the original. For the duration of this first piece, a video collage of Filmmusiktage impressions from the last ten years was shown on the video screen in the background.
As a contrast to the rather modern sound of Vangelis, the second piece was a suite from the very classical score of “Sunset Boulevard” by Franz Waxman. It started with an intense sequence dominated by violins and in the next couple of minutes, a number of musicians had a chance to shine with a solo of their own: in turn the flute, the trumpet and the clarinet left a very good impression.
The third piece was a perfect illustration of the organisers’ high standards – they certainly do not go the easy way and present a bulk of tried and tested crowd pleasers, but make a real effort to present new and less well-known material. The music for the 2017 film Beuys was written by Ulrich Reuter and Damian Scholl and the orchestra played “Krise” (crisis) and “7.000 Eichen” (7,000 oaks). The first track was very sparse with a hand full of single pizzicato notes interconnected by the occasional long and contemplative cello sigh. Using only few notes and not shying away from silence, it portrayed tension and inner turmoil in an interesting minimalistic way. The second part was totally different – with an up-beat atmosphere, rising notes and a sprouting sound you could literally hear the oak trees growing.
In contrast to all the film music, the next selection was a suite traversing music from several of the German Anno computer games by Tilamnn Sillescu. It included a sneak peak of the brand new Anno 1800 score and with its overall warm and mellow sound as well as the impressive brass parts it was easily one of the evening’s highlights.
During the master classes, emerging composers got the task to write music for a scene from the silent film Das indische Grabmal from 1921. Five composers took up the challenge and the orchestra played the piece that Maximilian Gut came up with. While the respective scene was shown on the video screen, some quite unusual music unfolded as time and again individual musicians put away their instrument to whisper words while their colleagues continued to play. As a result, the music was interwoven with bits of human speech heavy on fricative and plosive sounds which gave the whole piece a mystical touch and made it almost sound like an incantation or enchantment.
The sixth item on the evening’s programme was an homage to Marlene Dietrich. The orchestra began to play with no singer in sight and we began to wonder, if they would do instrumental chansons when the conductor Bernd Ruf introduced the soloist Judy Winter in medias res. Winter presented a collection of songs in French and German, many of them more spoken than sung, but thanks to her lively delivery the emotion carried quite well.
Rolf Kühn, one of this evening’s guests, is a big name in international Jazz, but he also composed for German TV. As an example, the organisers dug up Perrak, a detective series from 1970, and presented a short but excellent suite with a strong trumpet, exciting bongos and lots of drive. The whole thing really rocked.
Last before the break came three dance episodes from On the Town by Leonard Bernstein. The atmosphere and tone changed quite rapidly within the piece and some sequences seemed quite Orffesque. Conductor Bernd Ruf had already warned the audience in his announcement that this music had been a favourite of his for quite a long time. And it was quite obvious how much he enjoyed conducting these pieces as he was practically dancing in front of the orchestra.

During the intermission Mr. Trevor Jones had a chat with Jean Michel Bernard and was available for autographs. He was genuinely thrilled by so many people enjoying his and other composers’ soundtracks without the actual film and he was delighted by the evening’s musicians: “The orchestra is fantastic,” he said.

After the break, the concert continued with the “Devil’s Dance” from the Witches of Eastwick by John Williams. With the omnipresence of music from Star Wars, Indiana Jones and Williams’ other big hits at so many film music concerts, it was refreshing to hear something a little less famous from the grand master and it definitely served to prove his excellence just as well.
The next piece posed a double challenge to the orchestra: first, because it contained lots of electronics that had to be emulated (but they had proven before that they are very skilled in doing exactly that) and second, because the composer was in the room. The “Faltermeyer Suite” contained themes from the soundtracks for Top Gun and Beverly Hills Cop by Harold Faltermeyer who had been awarded with the lifetime achievement award on the previous evening. Unfortunately, the latter focused exclusively on the famous “Axel F” theme without any elaboration on the further soundtrack.
“I’ve got you under my skin” from Born to Dance was next up. Judy Winter returned to the stage to sing and Rolf Kühn played the solo clarinet parts.
This jazzy piece was followed by a real gem: a Trevor Jones suite that contained music from Merlin, The Dark Crystal, Brassed Off and The Last of the Mohicans. The wonderful main theme of the all-time classic western made this piece a real highlight of the evening, despite some minor mistakes by the orchestra.
In a lighter mood, the concert continued with a suite from Ratatouille by Michael Giacchino which presented a nice summary of the film’s music. It might be argued that it could have been a little shorter and surely a real accordion would have helped to put the icing on the cake for this piece.
To round off the evening, the two soloists from before returned to the stage. First, Judy Winter presented songs by Hildegard Knef in her “Hommage à Hilde” which was followed by “Moon river” and “Sing, sing, sing” played by Rolf Kühn. With a swinging brass and groovy drums, this last piece made for an engaging finale that motivated the audience for an enthusiastic round of applause which in turn prompted the musicians to play an encore of Hildegard Knef’s “Eins und eins, das macht zwei.”
All in all, it was an excellent evening. The few minor technical mistakes did not harm the good impression, but rather helped to create an intimate, personal experience. Just like in the previous year, some impressive musical choices have been made for this concert. The people behind Filmmusiktage Halle have the bravery to leave the well-trodden paths of mainstream film music to instead educate the audience on lesser known, but no less brilliant pieces of music from a wide variety of musical directions and times. With the occasional hit sprinkled into the mix, the programme managed to find a lovely balance between the many facets of film music that was appealing for all of the age groups in the audience.
Halle’s claim to be an important cultural hot-spot is definitely justified and the Filmmusiktage alone would be worth the trip, but there’s so much more to see and do.
We will be there next time. 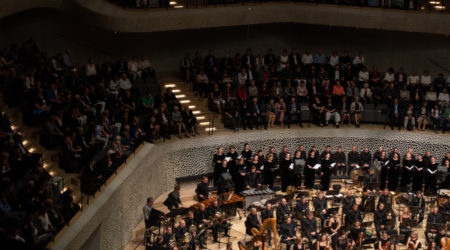 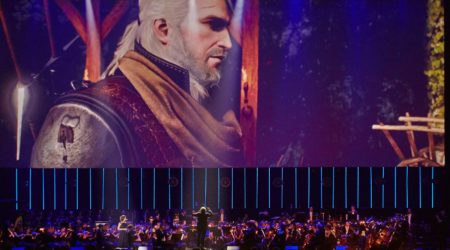