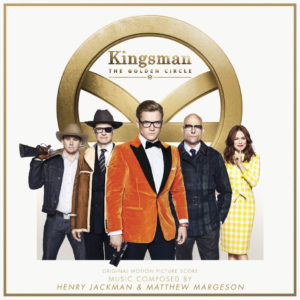 A big smile appeared on my face when Kingsman: The Golden Circle was announced. I really loved the first movie. Not only because of the over-the-top action sequences and the men in suits and glasses, but mainly because of the music that was composed by Henry Jackman and Matthew Margeson. My expectations were high as I was hoping for another great score, again written by these two composers.

With the track “Eggsy Is Back,” the first couple of seconds of the score set the tone right away: with the melody of the country song “Take Me Home, Country Roads” on bagpipes. But before my surprise had worn off, it went straight into the Kingsman theme that I know and love from the first movie. The theme’s melody is carried mainly by the brass, alternating between the trumpets and horns, creating a very strong theme together.

The Kingsman theme is not the only theme on the album. Two more themes we need to address are the Statesman theme and the Golden Circle theme. The Statesman theme can be heard in full in the track “Statesman.” The theme is superb, with an awesome melody first played by horns, then repeated by patriotic trumpet, then guitar. The Golden Circle theme can be heard perfectly in two tracks: “The Golden Circle” and “Poppy”. The melody in this theme sounds very simple, but at the same time also very sinister. In the first track the oboe begins the theme with the strings taking over. In the second track the theme is grander performed by the full orchestra the full orchestra.

These three themes make up most of the score. When the British are the main focus on screen, you can hear the Kingsman theme. If the Americans are pictured, they’re accompanied by the Statesman theme, with occasional instrumental embellishments like western guitars and sound effects of a lasso. This idea is used to great effect in “Gondola Experience,” an action sequence where the bad guys have the upper hand in the beginning, but where the British are winning at the end. This is reflected musically with the Golden Circle theme dominating the cue initially, which is then overcome by the Kingsman theme. Another perfect example is “Incoming Missiles.” I will not go into more detail on that track. If you listen to it, you can easily spot it yourself. Some other themes from the previous score make welcome reappearances as well, such as the Valentine theme, which appears at the beginning of “Rescuing Harry”. The finale of the album is “Kingsman Hoedown” with a fantastic version of the Kingsman theme, in western style with banjos, guitars and fiddle.

Finally, a special mention is needed for the “Country Roads” song. In addition to the bagpipe rendition at the beginning of the score, an orchestral version is used in “Not in Vain,” and finally the song itself is also sung by Mark Strong, who is one of the actors, in “No Time for Emotion.”

This soundtrack is a perfect example of musical storytelling. I have seen the movie, and I relive it again by just listening to the tracks of this album. A problem that can occur using this technique is that the soundtrack can become repetitive and boring when you hear the same theme over and over. However, you almost never hear a theme orchestrated the same way twice, keeping the whole score a pleasure to listen to. This soundtrack also shows that melodies and themes can still exist in action sequences. Better yet, in my humble opinion, it even improved what was happening on the screen. I already loved the Kingsman theme before this sequel was made, making me very curious what kind of new music we would hear in the Kingsman universe. For me it really delivered, I cannot keep the Golden Circle theme out of my head. It is simple but very catchy, and can be heard in so many variations throughout the score, most of the time together with the other two fantastic themes. I look forward to the third film. I could use another score like this one. 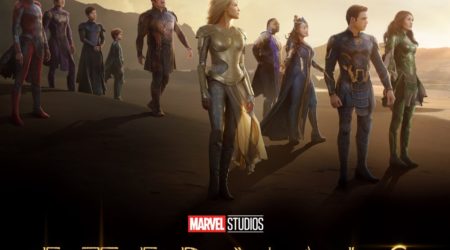