When COVID started to take over the world, one of the first movie-related news was the delay of the latest James Bond movie No Time To Die. It should have been released in theaters in April 2020, while everything in Western countries was shutting down. There was more news related to the movie. Not only would it be the last movie with Daniel Craig playing the iconic spy and concluding his story, but also composer Dan Romer was sadly replaced in the final phase of production. The composer replacing him was not Thomas Newman or David Arnold, who both have written James Bond scores in the Daniel Craig era, but none other than Hans Zimmer, making it his debut in the James Bond franchise.

When I think about the music that Hans Zimmer has written throughout his career, I cannot think of a certain score that is coming close to resembling John Barry’s style, who has written the most music for the Bond movies. In the first track, “Gun Barrel,” it becomes clear that original bond themes were being used, but to my delight, Zimmer even takes it to the next level with his creativity. The majority of music is perfectly honoring John Barry, by having the long emotional lines by the violins in the romantic scenes and a prominent role for the trumpets and French horns when Bond is doing his action moves as a spy.

Not only did Zimmer reuse some of the older themes from Bond movies, like the famous James Bond theme by Monty Norman in ”Back to MI6,” he also quoted original cues from John Barry’s On Her Majesty’s Secret Service. The first cue can be found in Zimmer’s track “Matera,” in which you can hear the instrumental version of “We Have All The Time In The World” from Barry’s score. It fits perfectly in that scene, especially if you are familiar with other Bond movies. It is not the only spot where this melody can be heard, since the song itself, performed by Louis Armstrong, is used as the end credits song. The other wonderful Barry cue, “On Her Majesty’s Secret Service,” can be heard on the No Time To Die album in the track “Good to Have You Back,” which also fits perfectly with the corresponding scene.

As with all Bond movies, there are many action sequences to be found in the latest one. Zimmer is, of course, quite accustomed to writing music for those kinds of sequences, and for this movie, they are quite enjoyable to listen to. “Norway Chase” is a good example of the orchestra playing over a foundation of all kinds of percussion sounds and “Cuba Chase” is even better. That specific track is a playful blend of Cuban influences – using percussion instruments, guitars and melodic bursts by the trumpets – with the signature Bond sounds. It was quite interesting to listen to the two very different trumpet styles working together in the same track.

Before moving to another important aspect of the score, I briefly want to draw your attention to some tracks that contain interesting elements worth mentioning. The first is the theme for the villain in this movie and it has an ominous-sounding pattern of a handful of tones. In “Poison Garden” you can hear a well-done implementation of these tones. The other element I want to highlight can be found in “The Factory” and “I’ll Be Right Back,” because they both remind me a lot of the music Hans Zimmer has written for his The Dark Knight trilogy.

In addition to many action sequences, with a lot of shooting, car chases, explosions and the use of fun Bond gadgets, Bond is also portrayed as a person, with a lot of negative emotional feelings, and this aspect can be heard a lot in the music. The foundation of these emotional cues can be found in the Bond song for this movie: “No Time To Die,” which is performed by Billie Eilish. Not only is Eilish’s lyrics and voice very emotional and personal, so are the melodies in the song itself. The theme, which can be considered the main theme of the movie, represents a very important aspect. I will not spoil that aspect here, but the fact that the main theme of a Bond movie is an emotional one and not a fast-paced heroic cue, should tell you that No Time To Die, goes in a different direction than people are used to in a Bond movie. In “Not What I Expected” you can hear a hint of the melody performed by a flute. In “Lovely to See You Again” you can hear the foundation of the song on the piano in a slower and even more emotional version, before it transitions into a full orchestral piece of music. In “Home” the theme is gorgeously performed by a female vocalist.

Two other emotional cues need to be mentioned. The first is a gorgeous cello solo which can be found in the second half of “Square Escape,” and the second one is “Final Ascent,” which is a magnificent cue with gorgeous emotional lines. This last one is a highlight for me. The track starts with a cello solo, and slowly more instruments join in to create a bigger sound. The buildup stops for a moment for a delicate version of the main theme on a piano, to continue the buildup again afterwards to a massive orchestral finale. These kinds of buildup cues are one of Zimmer’s best musical skills in my opinion, and it is a perfect conclusion of Daniel Craig’s final James Bond movie.

Hans Zimmer has written many amazing scores in his career, but I cannot think of an example where he was kind of restricted to a certain musical style. Zimmer is always known for doing his own thing, but to write a score for a James Bond movie and not sounding like one would probably annoy many James Bond enthusiasts. I was quite curious what he would write in such a situation, but Zimmer shows he is very capable of writing an excellent score when he is bound by some musical rules. The throwbacks to John Barry’s material were unexpected and a delight for me to discover, but also the emotional parts were wonderful and elevated the emotions in the scene to the next level.

No Time To Die is the first soundtrack from a James Bond movie that I have reviewed and the bar is high for the next Bond score. Daniel Craig’s era has come to an end, but the franchise will continue, including more James Bond scores, and I would not mind another soundtrack by Hans Zimmer. His debut to the Bond franchise is superb. 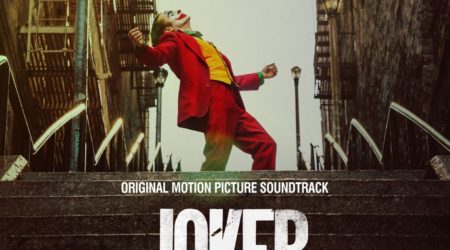