Music has played a special role in Disney’s animated feature films from the very beginning. Already the 1937 classic Snow White and the Seven Dwarfs owes much of its appeal to the iconic songs it features, first and foremost the dwarves’ work song “Heigh-Ho”. From the Jungle Book’s  “The Bare Necessities” (1967), to the Little Mermaid’s  “Under the Sea” (1989), to the Lion King’s  “Circle of Life” (1994) songs have again and again contributed hugely to their respective film’s success and even outgrew them to become cultural icons in their own right. Obviously, this leads to high expectations before the release of every new Disney feature film: the next “Hakuna Matata” might be just around the corner.

For the 2016 Christmas season the Disney Studios prepared Moana* − a tale from the Pacific islands − to warm our hearts.
Village princess Moana (in fact she’s not a princess, but the daughter of the chief!) has always been drawn towards the sea, but her father urges her to focus on her responsibilities on their home island and not to venture past the reef. However, when the plants wither and the fishing grounds dry up because island goddess Te Fiti lost her mystical heart − a small pounamu stone − something has to be done. Moana’s grandmother reveals that Te Fiti’s heart was stolen by the demigod Maui and bestows a difficult task on her granddaughter: the young girl has to find Maui and make him restore Te Fiti’s heart.
What follows is a great adventure, that is definitely worth watching. But now let’s take a closer look at the film’s music.

The neat grouping of the tracks on the CD allows you to relive the film twice while listening to it. First, all featured songs are played in their order of appearance on screen, and second, all the score titles are presented.
While all of the songs are good, some are even quite excellent. With passages of the lyrics in the Tokelauan language, typical call-and-response elements and a choir that makes you feel like the whole village is singing along, the tunes provide a strong Southern Pacific vibe that is vital for the film’s atmosphere. “Where you are”, “We know the way” and “Logo te pate” are especially effective in that respect.
As the lead character, Moana obviously needs her own musical theme: appearing first in “How far I’ll go”, it starts out with curiosity and insecurity, grows in confidence and intensity, and culminates in an impressive finale in “I am Moana (Song of the ancestors)”. Thus, the decisive moments in the story are illustrated by variations on this theme; questions and uncertainty are followed by reflection and introspection which lead to eventual self-confidence and bold action.
“Shiny” is the obligatory villain’s song (even though the singing coconut crab Tamatoa is not a typical Disney villain). With a kind of Brit-popish feel to it, it is surprisingly upbeat and since it contains a tip of the hat to Arielle’s friend Sebastian (also a crab singing under the sea) you can’t help but smile and hum along.
However, the hidden gem on this album is “You’re welcome”: it features demigod Maui, generously reminding us that he is the one who brought humankind (among many other things) the sky, the tide, and coconuts, but since he can’t float he is in desperate need of a boat. A lively, easy going tune and hilarious lyrics make for a great song, but what puts the icing on the cake is the fact that Maui’s voice is provided by none other than Dwayne “The Rock” Johnson. Anyone who is considering him to be nothing more than a huge chunk of human being will be surprised by his spot-on musical performance.
Unfortunately, both end credit songs are not quite as convincing. While Alessia Cara’s rendition of “How far I’ll go” is at least somewhat catchy and could easily be part of your average radio show, Jordan Fisher’s pop version of “You’re welcome” seems unbearably lame when you compare it to the Rock’s original. One might speculate that the purpose behind this is to drive people out of the cinema during the end credits and to make sitting through them a proper challenge, but that would be a bit far fetched of course.
Considering Mark Mancina’s previous work (e.g. his great contributions to Disney’s Tarzan), I must admit that I am not very happy with the 26 pieces of score music that complete the CD: they are quite okay, but only occasionally qualify for more than entertaining background music. Some of the instrumental tracks are too head-on purpose music for my taste. Yes, the necessary buttons are pushed in order to create a certain atmosphere and extract a certain emotion, but it is difficult to appreciate them for their musical quality alone without looking at their function in the film. That being said, I still think that “Tala’s Deathbed” is a beautiful quiet piece and the first minute of “Sails to Te Fiti” gives us a wonderful variation on “The song of the ancestors”. (There’s also a funny flute part in “Battle of wills”, but not funny enough to justify a recommendation.)

All in all, I think Moana is a good, solid Disney soundtrack. It is a big step up from Frozen, and while it may not be the next big thing to continue the legacy of overwhelming Disney scores, it certainly gives us some great tunes to hum while we continue to wait for it.

* Due to copyright issues, the film is published as Vaiana in large parts of Europe. There seem to be a number of trademarks registered under the name “Moana”: among them a bikini manufacturer, a cosmetics producer and a bio-pic about Italian pornographic actress Moana Pozzi. 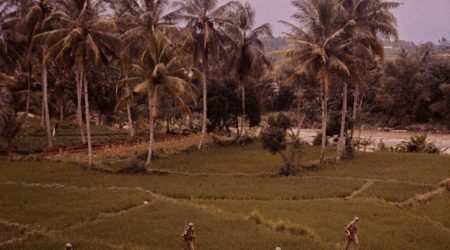