As you may have seen in my reports here on this site, I have an interest in all kinds of film music concerts around the world. I had a long Easter weekend, so a friend and I decided to go to Brandenburg an der Havel, Germany. It hosted a film music concert about heroes and villains. I had never visited this part of Germany before – I have never even been to Berlin. The orchestra who was performing was the local orchestra: the Brandenburger Symphoniker, which was an unknown orchestra to me as well. An unknown orchestra in an unknown town can be a hit-or-miss quality wise – some orchestras simply are better than others and even very good ones can have a bad day. What drew us to this concert was the program. It was a very nice mix of nice film music pieces. They had a very nice mix of good and evil, old and new and lastly: known and unknown cues. There is one more great mix, but I will not reveal it until later in this report.

The venue was nice and cozy and when we heard the first couple of notes of the first piece, a suite from The Magnificent Seven from Elmer Bernstein, we knew we were in for a treat. It became clear to us that this orchestra was able to play very close to the soundtracks we all love. We were not the only ones to have a good time: the conductor, Jürgen Bruns, was dancing in front of his orchestra with a broad smile on his face. In the first half, they played some nice Hollywood classics presenting heroes like The Magnificent Seven, Forrest Gump and The Untouchables. But also some dark, less known pieces like Das Leben der Anderen and Silence of the Lambs representing some great villains. 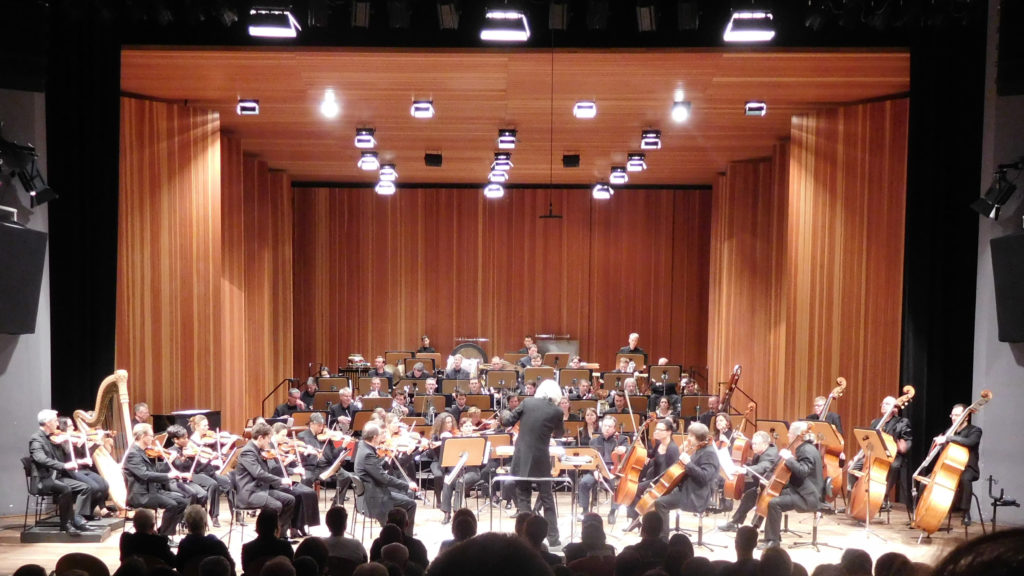 The most surprising mix the organizers of this concert pulled off was to separate the male and the female characters of the movies. The first half was dedicated to the male villains and heroes, the second half focused on the female ones. We got to hear very nice music about villainesses from Basic Instinct and The Witches Of Eastwick as well as music for heroines like Amelie and the new Star Wars heroine Rey in music from Star Wars: The Force Awakens. In the encores, the orchestra honored two great heroes: Leia from Star Wars and Superman, both composed by John Williams. May both actors rest in peace.

Interesting about the program is, that almost all the music was from the early sixties or the late eighties. Hollywood was not really a thing for the people in the audience when East Germany was separated from the Western world. As mentioned, the concert started very solid and stayed that way until the end. There was one silly desynchronization with the orchestra and percussion in Amelie and in my honest opinion, Superman could have been played a bit faster. One recurring point of criticism: there was no booklet. I really like to take the concert home with me. Handing out a booklet would also help all those in the audience, who want to listen to a track again on the internet, but do not know the name of it without a written program for reference. But this minor inconvenience is outweighed by how very true to the original sound the orchestra was able to play. I was quite surprised when I was told that this is the first time this orchestra did a film music concert. My favorites of the evening were: Forrest Gump, Silence of the Lambs, “Jedi Steps and Finale” from Star Wars: The Force Awakens and the screaming violins of Psycho. I hope the orchestra is happy with how this concert went, so that they will do something similar in the near future – and that  I will have time for another visit.