At the moment Disney is going through a recycling phase, during which they are remaking many of their classic animated films. The new version of Beauty and the Beast was quite successful already and currently live action editions of The Lion King and Aladdin are in the making. Most recently the remake of the classic Dumbo appeared in theatres. I do not care that much about these remakes, but I was intrigued when I heard that Dumbo would be directed by Tim Burton, with his longtime collaborator Danny Elfman doing the music. There are two movies that made me aware of film music when I was young, and they were Robocop (1987) and Batman (1989). The latter is one of the famous collaborations between Burton and Elfman, and while I have always found their quirkiness a very good match, I also thought Dumbo looked very creepy in the trailers. Driven by curiosity, I went to the theatre to see what Burton had done to make the little elephant with the big ears come to life in a real world and how Elfman’s music would feature in all this.

One thing that really stands out in this score is its main theme. A hint of it can be heard in the first track “Logos-Intro” played by a flute, but you can hear it in full in “Dumbo’s Theme.” The theme has a very simple melody, which is first played on a vibraphone until a flute takes it over with a women’s choir singing in the background as well. It sounds a little sad, but also somewhat magical. The theme keeps reappearing throughout the rest of the score and one of my favorite iterations is “Dumbo Soars.” You can hear the greatness of this version of the theme even better in the amazing piece “Soaring Suite,” where the whole orchestra joins in together with the female choir. I think this is one of the best pieces of music Danny Elfman has written in the last couple of years – it really is that good. Even without watching the movie, you can see Dumbo flying through the sky while listening to this track. In “First Rehearsal” the theme is played faster than usual by the strings and the bassoon plays the melody later on in the track. This piece is a good example of how a theme can be integrated into the music supporting the visuals. Other good uses of the theme can be heard in “Dumbo in Hell,” “Searching for Milly,” in the lengthy cue “The Final Confrontation” and as a finale in “Medici Circus – Miracles Can Happen,” including brilliant support by the female choir.

The movie is about the circus where Dumbo lives. This means a lot of joyfully happy tunes as circus music had to be written by Danny Elfman. For the clowns he wrote two pieces – conveniently named “Clowns 1” and “Clowns 2” – which are only played by the woodwinds and the brass. Other happy melodies can be found in “Happy Days” and “Carnival Music.”

There are two pieces of music that are known from the original movie from the ‘40s, which are rearranged for this movie. The first is the song “Baby Mine,” which appears twice on this album. Once as a movie version sung by actress Sharon Rooney, who also plays the ukulele, and a second time as the official radio version performed by Arcade Fire. I usually prefer the movie versions, and for this score it is no different. The other piece of music from the ‘40s original that made it into this score is the extremely weird “Pink Elephants on Parade” song, with the hallucinations of pink elephants dancing, playing instruments and doing all kinds of weird things. After rewatching the original scene, I came to the conclusion that if there was one composer able to score such a weird scene for the remake, it would be Danny Elfman, and he totally nailed it, using the same melody and giving it his own Elfman spin.

All the other tracks on the album are well-written, with many subtle melodies and with some kind of variation of the Dumbo theme, and the music feels like a fairy tale to me. There are two tracks that I would like to mention specifically. The first one is “Colette’s Theme,” which is a delightful waltz of one minute with a woman singing a beautiful melody. The second track is “Train’s a Comin’,” which is a masterpiece, just like “Soaring Suite”. Without seeing the movie or knowing what the track name is, you just know that the music is about a train going through the countryside. The pace and the rhythms mimic a train perfectly, while adding beautiful melodies on top. At the end of the cue, it slows down and you can picture the train coming to a halt. One fun fact is that in the movie an actor is singing the main melody and it made me wonder what came first: the music or the filming of that specific scene. (Correction: it is based on the song “Casey Jr.” from the original movie, which I did not know at the time)

This soundtrack sounds very much like Elfman to me, with beautiful melodies in the orchestra together with a female choir. If you listen carefully, you can sometimes really hear individual musicians playing their instruments. I really like film music in which you hear this, as it adds an extra level of emotion to the music. I cannot imagine what this movie would have been like if it had not been done by Tim Burton and Danny Elfman. They made the movie – and its music – a true gem. 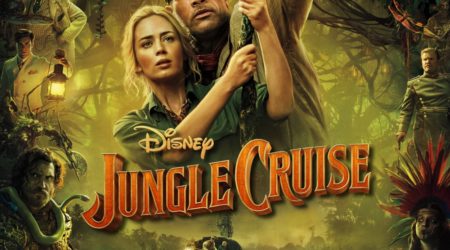 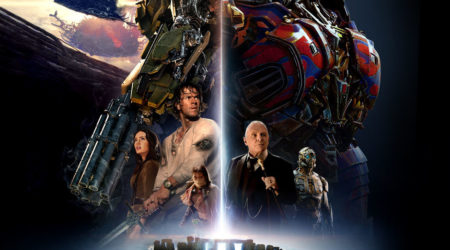