A couple of months ago I saw the announcement of a very interesting project. In 2017 a nature documentary about the sea and its surroundings in the north of the Netherlands was released and it was called WAD. It is about a beautiful environment with quite some interesting wildlife. A series of concerts was announced with scenes from the documentary, some of them never shown before, together with live music performed by the Noordpool Orchestra, conducted by Reinout Douma. The orchestra is not a regular orchestra, because in addition to regular instruments, like the strings, woodwinds and brass, it also has saxophones, guitar, bass guitar and drums, making it well-suited to play light and jazzy music. A number of musicians have collaborated for the music of this documentary. One of them was Martin Fondse, and his music had been adapted an arranged by Douma to be performed on stage with room for improvisation. The idea was that director Ruben Smit would do the narration during the performance, but unfortunately, he was not able to attend and the job was given to nature journalist Rob Buiter.

Another interesting fact was that the concert premiered at the Noorderzon Festival in Groningen, which is a cultural festival where I have worked as a volunteer for the last ten years. Since the premiere sold out very fast, and I had to work at the festival anyway, I decided to attend the concert in Assen instead. When I arrived at the venue ‘De Nieuwe Kolk’ I noticed that it was more than just a concert hall. There was a TV show being recorded in the lobby and while we were getting our pre-concert drinks, we were treated to a sneak peek performance of the Kinky Boots musical by two vocalists.

While the audience was finding their seats, accompanied by bird sounds coming from the speakers, I had a good look at the stage and loved the way it was set up. To the right I could see the string musicians together with the French horn and woodwinds in the back. In the middle there was the piano with the guitars, the percussion and the drum kit, and on the left, there were three rows of brass musicians, with trumpets in the back, trombones in the middle and the saxophones musicians, who were also able to play different instruments like a flute and a bass clarinet, at the front.

During the concert, while the footage of the documentary was showing on the big screen, the orchestra played what is best described as very entertaining music. There was no real need for Douma to conduct since giving some instructions by pointing to a musician from time to time was enough, especially when the drummer was doing his thing while other musicians played their solos and other parts. There was some room for emotional play by the violins, but the main focus for this concert was on the brass musicians.

While the music was playing, Rob Buiter picked up the microphone from time to time to tell the audience about the animals on the screen. One of the highlights of the concert was a call of a bird on screen, which Buiter repeated in his microphone, to which the musicians responded and what ensued was a musical piece based on the call of the bird.

All in all, it was a very entertaining afternoon, with very accessible light music, performed brilliantly by the Noordpool Orchestra. I should watch the documentary and see how the music is used. For a nature documentary, I would have expected more emotional melodies, and not light jazz-like music, but that did not stop me from enjoying myself greatly. The concert tour is still going until December, so if you read this report before that time, you still have a chance to attend this very unique concert yourself. 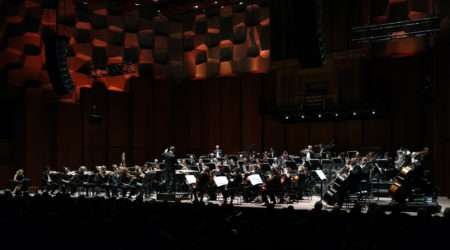 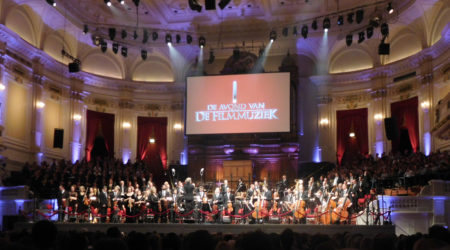