One of the most fun aspects of soundtracks is that there are so many of them. You can find fantastic music from media in places where you least expect it. When we talk about music from media, most of the time we discuss scores from blockbusters, the so-called ‘triple-A’ games and the hit television shows we watch, but there is so much more to explore. Years ago, I came across a gorgeous score from a video game called Trine, released in 2009, composed by Ari Pulkkinen. The game was quite successful and several sequels were made – all with amazing scores by Pulkkinen. Now, ten years later, Trine 4: The Nightmare Prince has been released, presenting me with a beautiful opportunity to see what Pulkkinen has written for the fourth Trine game.

The games are about three heroes: a knight, who is so fat that his armor almost does not fit, a not so wise wizard and a thief, who secretly has a heart of gold. Together they traverse a beautiful fantasy world, solving puzzles using their own unique abilities and having conversations along the way. While the three are on their mission, in the fourth game, to return a confused prince back to where he belongs, you can hear the most gorgeous music.

Pulkkinen has written a beautiful main theme for each Trine game, and for The Nightmare Prince, he has opted for a big orchestral version, which can be heard in “Main Theme”. It is wonderful, with beautiful melodies on top of big orchestral sounds. The rest of the score is filled with delightful happy-sounding background music that never gets boring. Most tracks are structured with a foundation of a couple of instruments playing a beautiful pattern, like a machine that keeps going, while other instruments or a single female voice can be heard with long lines or other wonderful melodies.

Each level in the game can take a while to traverse (from 15 minutes up to an hour) and while you are playing, you can hear one of the tracks from this album looping in the background. Some tracks are used in levels to introduce each of the three characters: “A Wintery Morning” for the wizard, “The Cursed Mansion” for the knight and “A Masquerade Night” for the thief. Many other tracks are there to provide background music in levels where the three are together, such as ”The Thorny Hedge,“ “Moonlit Forests” and many more. There is also a theme for the Nightmare Prince, which keeps appearing whenever you come into contact with him in the game. The music for him can be heard in “The Prince’s Dream,” which is also used as background music for one of the levels. At the end of this level the wizard has to engage a boss, and while he is trying to defeat him, the theme for the prince is transformed into a more dramatic version, which can be heard in “A Wizard’s Worst Nightmare.” The other two heroes get their own boss fight as well, which can be heard in “The Broken Fellowship” for the knight and in “Her Majesty of Misdemeanor” for the thief. The last track I would like to mention is “The Nightmare Prince,” which is a beautiful alternative version of “Astral Academy” from the first Trine game.

While listening to the score, I could not find a single track that I did not like. This score has been written to entertain the player throughout the game, but it is also perfect to listen to while you are doing other things, like your homework, the dishes or other chores that you probably hate to do. The music is so delightful that even while you are doing those tasks you will probably have a smile on your face. I can recommend this score to anyone. It is a wonderful example of beautiful music in a smaller type of computer game. If you like the music of Trine 4, maybe you should listen to the other three soundtracks as well. They are all amazing. 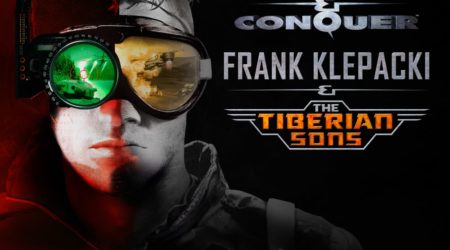