“The 60 Years Of Music World Tour”

The Italian composer Ennio Morricone is not just simply a writer of film music. Being 89 years old, he is more like a legend. I was fortunate enough to see him perform live in Belgium in 2012 and I thought that that would be the first and last time for me to see him conduct an orchestra. When I had a long weekend off, I was extremely happy to find out that he was performing in his own country in the city of Florence. The venue was a big sports arena that could house more than 7000 people — and was completely sold out. The stage itself was very straightforward in its layout: There were multiple levels on stage for the orchestra to sit, with the choir being placed at the top. The reason for this became clear when Mr. Morricone entered the stage — under huge applause — he was to sit on a chair to conduct the musicians and everyone had to able to see him clearly from this position.

The music for this night’s concert was divided into numerous suites consisting of pieces that fitted very well together in sound or as a theme. The first suite was not what I expected; it was music from the movie The Bible: In the Beginning… : a movie from the 60’s. The music was very unsettling with strange musical patterns in both the orchestra and in the choir. It also contained some gorgeous trumpet solos and unusual shouting in the choir. The second suite was also unknown to me and featured music from all kinds of movies from different phases of Morricone’s career. It contained music from Bugsy, H2S, Metti Una Sera a Cena and Baaria. We could also enjoy beautiful melodies that I recognized as music by Morricone, even though they were also new to me. The piano part of the suite from H2S together with the orchestra was especially gorgeous. The suite ended with “The Ribellione” from Baaria or “Rabbia e Tarantella” from Allonsanfàn. It depends on which version you prefer, since Morricone has used the same music in both movies.

Cheers from the audience could be heard as soon as harmonica sounds introduced the third suite with music from “The Man with the Harmonica.” This was the only piece from Once upon a Time in the West. The other three pieces in this suite were from The Good, the Bad and the Ugly with the fantastic “The Ecstasy of Gold” sung by soprano Susanna Rigacci, who has worked with Mr. Morricone for many years. His music for the westerns from the 60’s is still one of my favorite film music. Having been able to hear this live with him conducting will be a memory that I will treasure for a long time. The first half ended with three pieces from Nostromo, which were performed elegantly.

In the second half we were treated to music from The Hateful Eight, for which Morricone won an Oscar. The suite consisted of two cues , the last of which was another example of a reused track: “Bestiality” from The Hateful Eight was first written for The Thing. It was interesting to hear that after 60 years, he still could write new and fresh music, while keeping his own style. After music from Nuovo Cinema Paradiso, we could enjoy a longer suite with music from another selection of different movies, with my favorite being Casualties of War with its beautiful choir part. The official part of the program ended with a suite from The Mission. I could not have imagined a better ending of an Ennio Morricone concert. I have all the three pieces, namely “Gabriel’s Oboe,” “Falls” and “On Earth as it is in Heaven,” very high on my favorites list and everything was performed just gorgeously. Even from a distance you could see the enjoyment of the oboe player while he was performing his solo. We could then say goodbye to Mr. Morricone during three encores. They were all pieces that we had heard before in the program: “The Ribellione,” “The Ecstasy of Gold” where we could give thanks to Susanna Rigacci and “On Earth as it is in Heaven” to end the concert on a high note with full orchestra and choir.

It was quite an experience to attend an Ennio Morricone concert in his home country. The venue was sold out, and we could experience how the Italians enjoy a concert like this. Sadly, this also comes with quite some talking around us during the music. When popular cues started, a sea of mobile phones went up in the air to record the experience, which was interesting to see. I was a bit disappointed that we could not hear some great classics like Malena or Once Upon a Time in America as an encore. I would have loved some extra music instead of hearing the highlights of the concert again. What I did like about this concert was its simplicity. There was a stage where the musicians could sit to perform with Mr. Morricone sitting in front of them. He had a white spotlight on him, while the musicians were lighted in orange. There were no light shows, images of the movies and no words were spoken whatsoever, making it almost like a living room concert. When Ennio was walking to his seat or when he stood up to face the audience, he looked old, but when he was sitting and conducting, that just went away and we could see his huge gestures for the musicians to follow. If I am being honest, I was not planning to go see this tour of Morricone, but I am very glad that I did.

The Modernity of the Myth in Sergio Leone’s Cinema 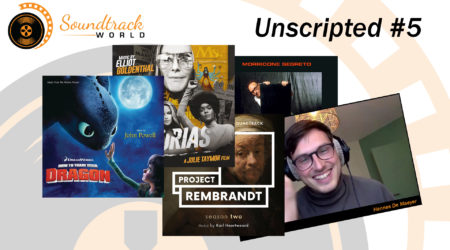 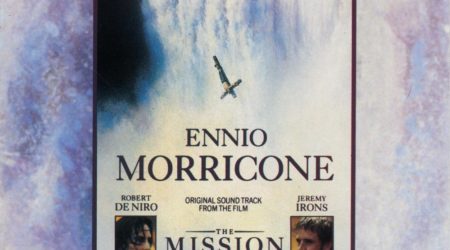