It has become a tradition for me to go on a trip during Easter weekend, preferably with the inclusion of some film music. Last year a good friend and I attended the “Helden und Schurken” concert in Brandenburg, Germany. By coincidence, this year Germany was our destination once more: we went to Munich for a screening of Star Wars: A New Hope with a live orchestra. The orchestra of the night was the Munich Philharmonic conducted by the film music veteran Ludwig Wicki. Upon arrival, we were greeted by members of the 501st Legion who were dressed exactly as awesomely as you would expect from members of this dedicated Star Wars villain reenactment group. The hall itself looked quite impressive in size as well and was almost sold out. After successfully performing the 20th Century Fox theme, we could see the famous yellow wall of text from Star Wars scroll up on the big screen. Unfortunately for us, the text was in German:, so we had to get along with German dubbed voices and German subtitles. While experiencing the movie, I did not mind it that much: the German voices were a bit strange for me, being accustomed to the original English version, but it made me appreciate the music even more. 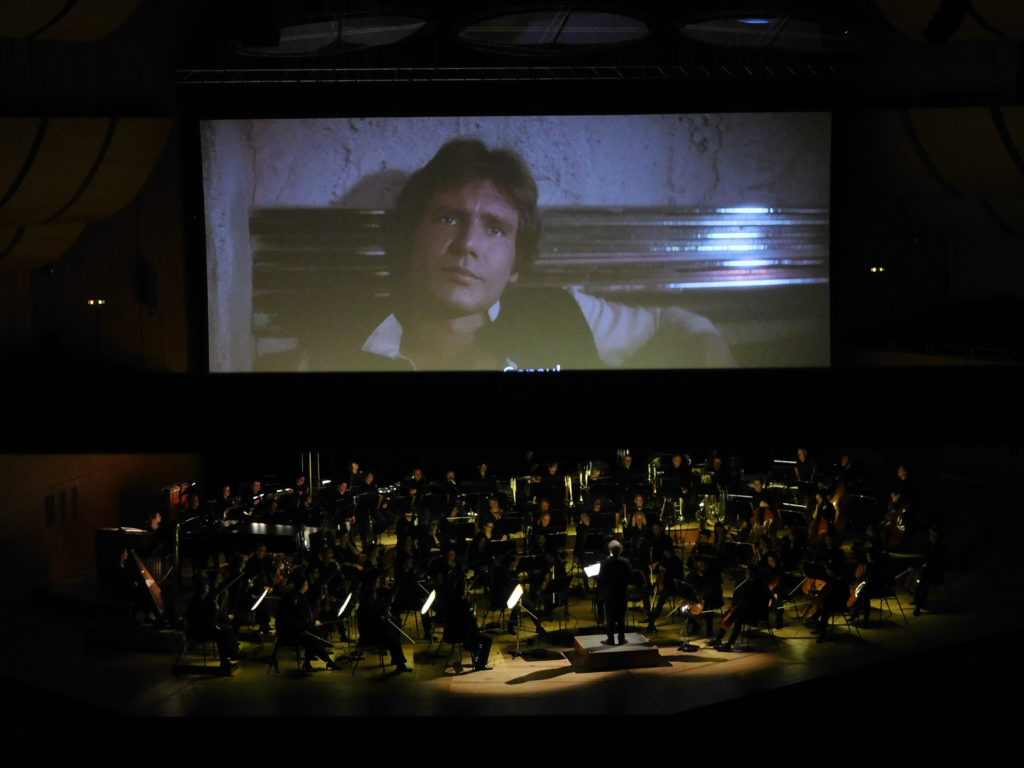 The music itself was brilliantly performed. I know the music for this Star Wars movie pretty well, and I could not catch the orchestra on a misstep. Even the tuba player managed to play the difficult solo that composer John Williams has written for this score perfectly every time. Being a tuba player myself, it was interesting to see that he switched to a smaller version of the tuba each time he had to play the challenging solo part. The other musicians played their parts wonderfully as well. What I found very interesting in this concert was when the music was not playing. I was a bit disappointed that there was no “Cantina Band” performed live. Because I have heard this piece played live before, I know that it is possible, but it was probably not feasible for this production. It still made me a bit sad though. There were two other instances where I recognized the absence of music, and both times the reason was that the movie had none in those spots by design: They were the duel between Darth Vader and Obi-Wan and the Death Star trench scene before Luke begins his run. I never noticed this in the movie before, but at the concert, it became very obvious how much power the music adds to a scene by providing extra emotion. During the finale I noticed that I was not looking at the images on the screen, but was enjoying the orchestra playing the music, which is always an indicator of a good performance. And finally, after the end titles, we could enjoy the “Main Theme” once again as an encore, with the 501st Legion on stage for extra effect. 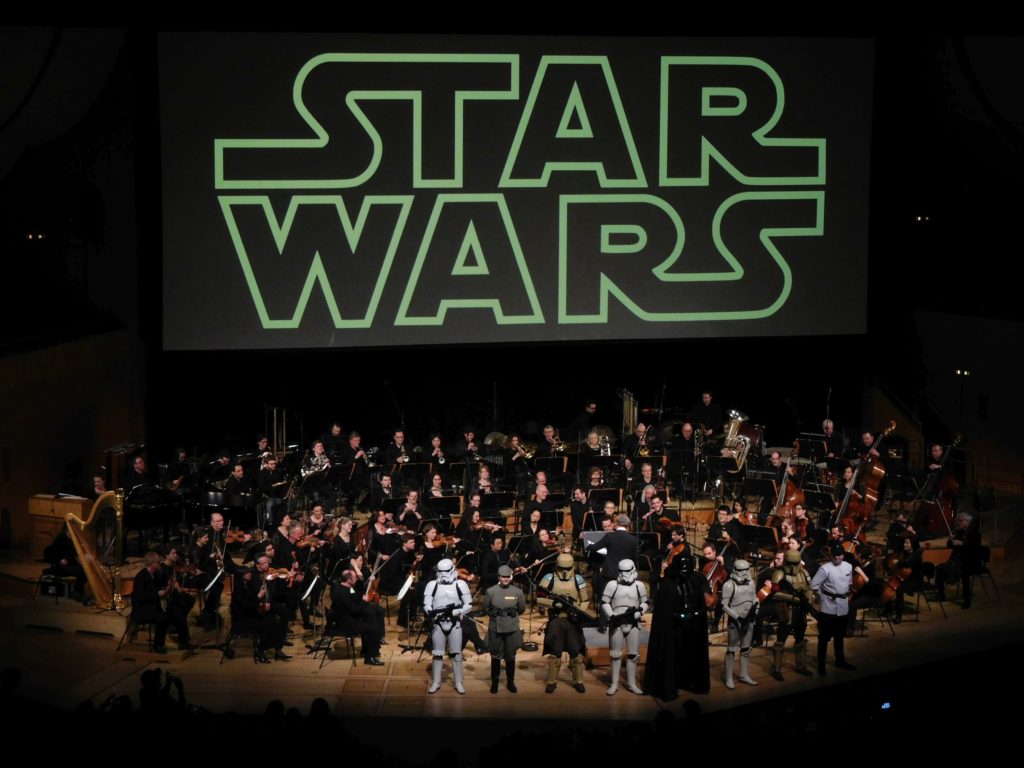 Music from Williams can be a bit tricky to play, but the orchestra managed it extremely well. The “Princess Leia” and the “Force” themes, that appear occasionally, were played beautifully and with emotion. “Binary Sunset” gave me goosebumps and “TIE Fighter Attack” had me on the edge of my seat. I also think that sound-wise this was the best movie screening with a live orchestra I have seen (and heard) so far. The balance between music and dialogue was perfect and the quality of the audio track sounded solid in this venue. They have already announced Star Wars in Concert – Das Imperium schlägt zurück for January 2019. I will probably not be able to make it to that one, but I can highly recommend going – if you do not mind the German dialogue of course. If you do, there are many Star Wars concerts announced around the world. There is probably one close to you that you don’t even know about yet.

Where and when: Munich, Germany on April 1, 2018
Orchestra: Munich Philharmonic conducted by Ludwig Wicki