During the Film Music Festival in Krakow, I had the chance to ask Danish composer Jesper Kyd a couple of questions. Even though there was not enough time for a full interview, I was happy about the opportunity to have a small conversation with this famous composer for video games, e.g. Assassin’s Creed and Hitman. We spoke on June 3rd, 2018.

Anton Smit: Hello Jesper. Sadly we do not have much time. Could you please tell me who you are and what you do in a couple of sentences?

Jesper Kyd: Sure! I am Jesper Kyd, and I am a composer of music for video games, film and a little bit for TV. 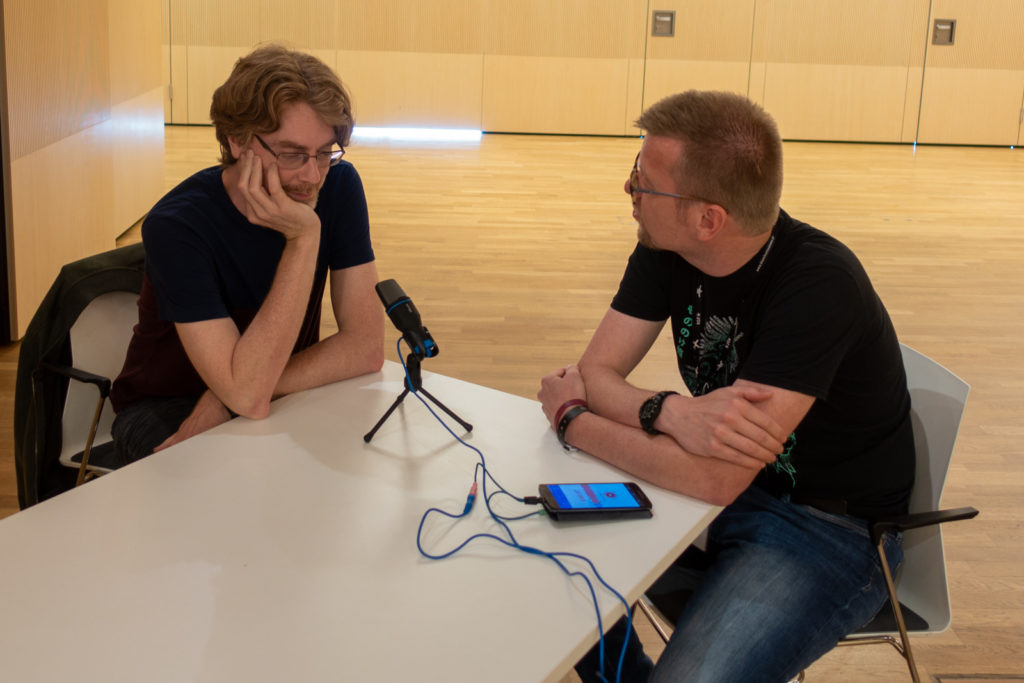 AS: When I see your name in the media, it is mostly in connection to the computer game Assassin’s Creed. Could you tell me why that is?

JK: Assassin’s Creed has become a huge franchise. When I started working on it – I was there from the very beginning – I was shown a game that was not even running. There was concept art. It was so ambitious, that I was not even sure they were going to be able to pull it off, because I had never seen anything as ambitious as this. It was a complete world, where you could walk anywhere you want to, and nobody had ever done that. Grand Theft Auto came close, I guess, with cars. But this was much more detailed. So I think, perhaps, since I have been involved with the series from the beginning. I also know that the fans are quite passionate about the character Ezio, and the music I did for the Ezio trilogy, those three games. So I worked on the Assassin’s Creed games and helped to establish the sound of the series. They are still using my theme in many other games.

AS: During my research, I read on your wiki page that you started writing music on a Commodore 64: a computer I know from my youth. Could you tell me more about that?

JK: Well, a wiki is not always accurate. I started playing on it, I was not working on it. I never released anything on a Commodore 64 as far as work. It was just an experiment as a kid. I got one game on the Commodore Amiga, I did the music for. After that, it was the SEGA Genesis, PlayStation 1, SEGA Dreamcast and XBox – so these things – and PC!

AS: So that means that you went from so-called chiptunes to fully orchestral music?

JK: Chiptunes were the very start for me, as far as pulling full arrangements together, and I have still been playing music before that. On a Commodore 64, I was suddenly able to put entire tracks together with bass, melody, harmony – all these things. So yeah, I wrote hundreds of chiptunes back then. I guess you are right: that is where it began.

AS: So to my last question: Do you have any advice for aspiring composers who want to start composing for video games?

JK: I think my advice is for anyone in general. I think you need to stay true to who you are. Do not try to write music for what is popular at the moment and do not try to write music that you think people want. You have to stay true to who you are and do not be afraid to be unique: do your own thing. That has obviously worked for me, so that is the advice that I give. Whatever music you love, is usually defining what you are and becomes part of your music. You also have to be a realist: If you like speed metal, you might not be perfect for soundtrack work, but if you like both, maybe there is a style in there that you can develop. 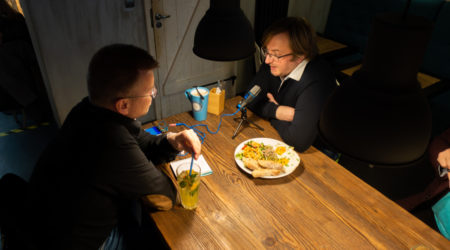