Children’s movies are quite popular in the Netherlands. They are arguably even more popular than most Dutch movies for grown ups, and when I learned that Joep Sporck had been given the assignment to write the music for Kruimeltje en de Strijd om de Goudmijn (loose translation: Kruimeltje and the Battle for the Gold Mine), which is one of the high profile Dutch children movies, I was quite happy for him, since I have known him personally for a couple of years now. If you are curious about his career and his take on the music for Kruimeltje, you can read it in the interview I conducted with him a couple of months ago. Since this article is a review, I will be focusing on my experiences and my thoughts about the score.

Being curious about the movie and intrigued by the music, I decided to watch this movie in the theater. There I found myself in the midst of a children’s birthday party and a handful of families with children, making my experiences quite noisy but very fitting for an afternoon children’s movie, with the children playing tag in front of the screen until the movie started. When it finally began, it became a bit quieter but there was still a lot of noise and chatting. Fortunately, it was not getting in the way of watching the movie too much, and more importantly, listening to the music.

The main character Kruimeltje (loosely translated to ‘Little Crumb’) is an 11-year old boy living on the streets of the Netherlands in the early 20th century, causing all kinds of mischief until he is reunited with his parents, who had become rich after an adventure in the Wild West. This Western vibe can be heard right at the start of the album in “Opening,” with all the musical elements you expect to hear in a Western-style musical piece, including the harmonica, electric guitar, the whistle and the trumpet.

As mentioned in the interview, Sporck wrote the main theme for Kruimeltje before he had been given the assignment. It is a short and beautiful motive, which can be heard on the piano in “With Dad” and at the start of “Moor”, where the melody is performed by a French horn with support of the strings. This version is even more fleshed out in “Caught”, and in “Escape” you can hear the theme at its best, first with the melody on trumpet and at the end of the track we can listen to a heroic sounding orchestral version. While I was watching the scene that goes with this music, I had a huge smile on my face, while hearing this gorgeous theme. The main theme is also present halfway through “Reunited”,  where it sounds a bit more emotional, like in “With Dad,” but more orchestral. The theme also appears in the last two tracks of the album: “Better Safe Then Sorry” [sic] and “The End.”

The second Kruimeltje theme is played when he is being naughty. It features a melodic pattern of short notes, which can be heard at 1:50 in “Opening,” but also in the last part of “On the Ferry” and halfway in “Finding Anna.” The third theme for Kruimeltje is the mischief theme and it sounds a bit like a march. It is also a theme that can be heard in “Opening” at 2:15. Other tracks where you can hear it in are “Final Warning,” “It Burns” and as the final theme of the album in “The End.”

The fourth and final theme for Kruimeltje is another theme that was mentioned in the interview, which is the loneliness theme. The first time you hear it is halfway through “Leaving the City,” and you can really hear the sadness and the loneliness in the melody. In “I Don’t have Parents” you can hear the melody of this theme played on a clarinet, but the most fleshed-out version can be found in “Kruimel & Anna.” At the start of “Reunited” you can hear a superb, different version of the theme. It is the same melody, but it sounds positive and uplifting, telling the audience that the loneliness is over. It is a wonderful piece of storytelling by using music.

As mentioned before, the movie feels like a Western. The biggest example of this Western feel can be heard in the Lefty theme for the antagonist, which can be heard in “Lefty,” with a wonderful guitar and trumpet solo. Some other tracks that contain the Lefty theme are “On the Roof,” “Final Pursuit,” “Harry,” and “Coward,” but it can also sneakily be found in “You’re One of Them”, in which the guitar melody is played on a mandoline, making the Lefty melody quite inconspicuous.

There is another Western-style theme that Sporck has written for the duel that you so often see in Western movies. It features a trumpet playing the melody with much bravado, which can be found in “Firehose Shootout” and “Better Safe Then Sorry,” in which you can hear Sporck’s wife Sarah van Slagmaat singing, for an extra layer of emotion.

Another piece of music I would like to mention is the chase music, which is a fast-paced musical sequence that can be heard in “Orphanage,” which, while it progresses, is taking the melody higher and higher. The chase music also appears in “On the Roof,” before the Lefty theme kicks in, and in “Escape.”

As you can see, I had to go into detail for quite a lot of themes. They are used to support the story musically at the right places and are connected with melodic music to fill the gaps between the themes. I have a weak spot for the use of music to help to tell a story and in this case the music did not just help with the storytelling, it also enhanced the emotion. When, at the saddest moment of the loneliness theme, you hear the little girl next to you say: “But Kruimeltje only wants to help” in her sad voice, you know that Sporck has done an amazing job. I hope Sporck gets more opportunities to write for Dutch movies, as this soundtrack is solid proof that he is well up to the task. It is an amazing melodic score that helps explain to the audience, especially the children, what is happening on screen. 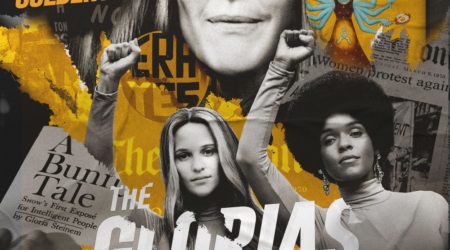 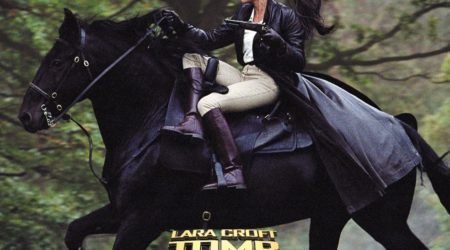