Prague is a city that I love to visit. Not only is it one of my favorite cities in Europe, it is also a very important city for film music. A lot of film music is recorded in Prague, but there are also many film music concerts there. The biggest film music events in the Czech capital are organized by BoHa Agency and I have attended quite a few of them under the Film Music Prague flag, but I was also present at an amazing concert by Joe Hisaishi in May 2019. Unfortunately, I have not been able to attend all of their concerts. I missed an amazing Harry Potter concert for example, but I was able to attend their most recent concert: Star Wars – A Film Music Concert.

One of the things I love about the concerts organized by BoHa Agency, is that they like to do things differently than expected. The first piece that comes to mind when thinking about Star Wars music is the famous main theme written by John Williams, but instead, the first thing we could enjoy that night was a track from Rogue One: A Star Wars Story by Michael Giacchino. “Jyn Erso & Hope Suite” is an amazing piece from that movie, with beautiful melodies and lots of emotion. Another surprise while listening to that piece were the natural sounds. I have been to the Forum Karlin venue many times and it is able to house a lot of people, but this was the first time I was listening to a concert without amplification at this venue, and it was amazing to hear all these emotional lines directly from the instruments. It makes the listening experience so much better. The next piece, the gorgeous “Across the Stars” from Attack of the Clones, continued the emotional play.

After experiencing a couple of concerts conducted by Chuhei Iwasaki, I know that he is very efficient: right when the applause died down, he started to conduct the main theme from Star Wars with full force, starting a suite with themes and other music from the original Star Wars trilogy. In addition to the main theme, we got to hear “Princess Leia’s Theme,” “The Imperial March,” “Yoda’s Theme” and “Throne Room & End Title.”

The second half of the concert started with another suite from the original Star Wars trilogy. This one started joyfully with “Parade of the Ewoks” and “Cantina Band,” which was marvelously done by woodwind players, percussion and the brass. The suite continued with other fantastic pieces such as battle music from “Here They Come” and the gorgeous themes from “Luke and Leia.” The final suite of the evening was from The Force Awakens, containing pieces that I love so much from this movie like “March of Resistance,” “Rey’s Theme,” “Scherzo for X-Wings” and ”The Jedi Steps & Finale.” This suite concluded the program of a relatively short but amazing concert. Of course, we could not go home without an encore, which was a beautiful piece from Solo: A Star Wars Story.

What I loved the most about this concert was the full focus on the music. There was no screen present with images of the movies. The only addition to the lighting was the projection of three drawn objects representing a tie fighter, Darth Vader’s mask and the Millennium Falcon. The lack of amplification made for a superb listening experience. To hear the sounds coming naturally from the harp, for example, was such a pleasure and you could listen to music as it is meant to be. BoHa Agency has already announced a second Harry Potter concert after the success of the first one, and since there is a lot more music to explore in the Star Wars universe, I would not mind another Star Wars concert like this either. 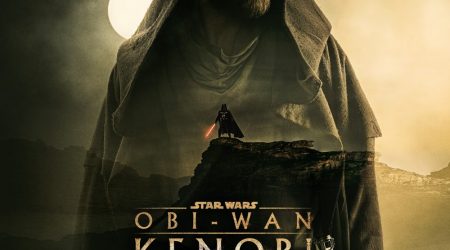