For those who don’t know, the science fiction television show Doctor Who has been around since the ‘60s, and it is about an alien called The Doctor, who is kind of immortal. Every time he is about to die, all the cells in his body regenerate, and as a result he becomes a new person. This new Doctor is, of course, portrayed by a different actor, allowing the show the lifespan of several decades it currently has.

The show was rebooted in 2005 after a long hiatus, called Series 1 – starring a new Doctor, played by Christopher Eccleston. While The Doctor has been portrayed by different actors, the composer for the show, Murray Gold, has stayed on for many years in, since the reboot launch. However, the biggest change came in 2017, when Jodie Whittaker became the new Doctor in Series 11: the first woman to take on that role. Not only did the show get a new cast and a new main writer in the person of Chris Chiball, the composer Segun Akinola also took over from Gold. As a young composer in his twenties, he does not have that much experience in writing music for media, but after his debut in Series 11, it is time to have a quick look at his music for Doctor Who: Series 12.

One thing that was really noticeable on the album were the different styles of music. The Doctor has a spaceship that can travel anywhere in the universe, but it is also a time machine, resulting in all kinds of different settings throughout the series. One episode is set on a distant planet in the future, another here on Earth, but a century ago. For each episode, Akinola has chosen a different style of music. On this album you can find everything from ambient and electronic underscores to James Bond-style orchestral music. Some tracks also contain examples of gorgeously emotional piano and violin play.

It is quite an accomplishment for a composer to be able to switch between all those different styles to fit a specific episode. You can clearly hear which music belongs to which story with similar themes and musical patterns, and especially the music that sounds like it came from a James Bond movie was fun to listen to. Even some big Hollywood composers are not able to develop all these kinds of different styles, and I have to applaud Akinola for his success in doing that. On the other hand, not all the music sounds very interesting to me on its own and this is particularly true for the electronic tracks. In addition, I would like to have heard some kind of overarching musical signature behind all these different sounds and melodies, to remind the audience that they are watching this particular show. There are many ways to do that with themes, patterns and instrumentation, but I am not really hearing it in this series. The gorgeous theme Akinola has written for Whittaker as The Doctor is appearing from time to time, but it is really subtle, you really have to listen for it to hear it.

I had not heard about Segun Akinola before he started working on Doctor Who, and after listening to his music, I think that he has a lot of potential. Let’s see what scores he comes up with in the future. 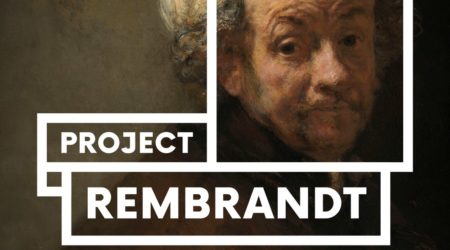