Starting with Mickey Mouse cartoons in the late 1920s and continuing all the way up to modern animation movies, Disney has been a staple in the movie industry for almost a hundred years. Their formula for creating fairytale-like stories with the inclusion of songs has been quite successful, with Frozen being the most successful example from the last decade. Fortunately, it did not stop there. More excellent movies with wonderful songs and music have been released, including Moana and their latest animated movie Encanto.

Encanto is about a Colombian family whose members have all kinds of superpowers, except for one of the daughters – the protagonist of this movie. To support the story musically, the assignment for writing the songs and score was given to composers who are of South American descent and have worked for Disney in the past. The songs have been written by Lin-Manuel Miranda, who has quite a resume already with his music for Hamilton and Moana. The songs he has written for Encanto can be found in the first tracks on the album, and in their instrumental versions at the end of it. I do not tend to focus on songs in my reviews. While they have been written specifically for the movie, I do think it is a separate category that needs a different style of reviewing. The only thing I would like to say about them is that “Dos Oruguitas” is a wonderful and emotional Spanish song, performed by Sebastian Yatra, that really stands out to me.

In addition to the songs, there is also a lot of room for the soundtrack itself, written by Germaine Franco, who has also composed the music for the Disney Pixar movie Coco. The music is a wonderful hybrid: combining an orchestra with many fantastic Colombian musical elements, performed by musicians from that area. When the movie focuses on the family during their daily lives, these Colombian elements really stand out, with “El baile Madrigal,” “The Dysfunctional Tango” and “Mirabel’s Cumbia” as beautiful examples. In contrast, when the scenes in the movie have a stronger focus on the story behind the family, the orchestral music is more prominent, surrounding a gorgeous main theme. The theme can be heard a lot in the music in all kinds of forms and it sounds like a waltz. Its three-beat time signature is apparently also used in the music in the region where the story takes place. In “¡Hola casita!” you can hear the theme in its orchestral form as an introduction to the movie, and in “Impressiones Del Canto” the theme has been beautifully integrated into Spanish guitar play. Both tracks are perfect examples of how the theme is used. The last track I would like to highlight is “Antonio’s Voice,” which is an excellent choir cue supported by the orchestra and Colombian musical elements.

The music, but also the songs, are a perfect example of what happens when you give the assignment to people who have an understanding and a passion for the music the movie needs. Not only is this type of music part of Miranda’s and Franco’s musical roots, they are also able to share that passion perfectly with the musicians, resulting in an excellent and joyful score..

The highlights are in bold (Songs not included). 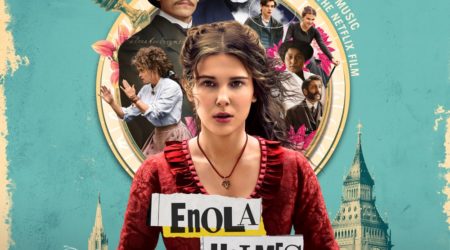