Michael Giacchino is no stranger to writing music for successful sequels, where his music for the first movie has been praised. Examples include Incredibles, the latest three Star Trek movies and, of course, the sequel to Spider-Man: Homecoming: Spider-Man: Far from Home. I consider the music from the prequel an amazing score. Especially the main theme is one of my favorites and is one of the most uplifting heroic themes of the last decade. In addition to sounding heroic, it also sounds very playful. Ever since the announcement of the sequel, I have been quite curious if the music would be just as good as, or hopefully even better than, the first Spider-Man movie.

One thing that Michael Giacchino does very well is creating suites from the music he has written for the movie and including them on the album, as he has done with the first track “Far from Home Suite Home.” As you can see, Giacchino continues his habit of adding puns to his track titles. One of the great things about suites like this is that they give an excellent overview of all the themes Giacchino has included in the music for this film.

The first theme that needs mentioning is, of course, the Spider-Man theme itself. As could be expected, the theme is just as glorious as it was in the first movie, and there are only a few minor differences. At the end of the suite, for example, some notes have different timings, telling the listener that it is a slightly different theme. The theme appears on the album many times and in different variations. Good examples are “Night Monkey Knows How to Do it” with some guitars and “Swinging Set” with an upbeat version of the theme together with some electronics.

Another big theme in this movie is the Mysterio theme. Like the Spider-Man theme, it is very heroic, with the main melody played by the French horns for most of the track until the trumpets take over, while the French horns switch to play supporting patterns. The most noticeable part of this theme is the futuristic electronic sounds that form the foundation of the theme, making it sound like Mysterio is not from our world. The best version of the theme can be heard in the suite at the five-minute mark, since most of the time you can hear only small chunks of the theme. Another track in which the theme can be heard is “Change of Plans,” containing a more emotional version played by a guitar and a cello.

Nick Fury also makes his appearance in this movie and he gets his own theme as well. It does not appear as often as the other themes, but it can still be heard at the start of the tracks “Multiple Realities” and “Taking the Gullible Express/Spidey Sensitive” and it has a kind of slow and broad sounding melody, played by the brass instruments. As with the Mysterio theme, the best version of the Nick Fury theme can be heard in the suite, where it starts at the four-minute mark.

All the themes I have mentioned so far sound quite heroic and fit very well within the overall musical style of the movie. This is not the case for the musical style of Spider-Man’s crush MJ’s theme. Instead of heroic music the melody is beautiful and simple, played by a flute before it gets taken over by the violins later on as can be heard in the track “It’s Perfect,” which creates a big contrast with the other themes. Another amazing variation of this theme, with the melody played by the piano together with the orchestra, can be heard in “Bridge and Love’s Burning.”

The last theme by Michael Giacchino I would like to mention is also a bit of an emotional one. It is the theme for Iron Man that Giacchino wrote for the first movie, and it can be heard in “Who’s Behind Those Foster Grants.” This track also contains a very delicate melody played by the cello and represents Tony Stark more as the man behind the superhero suit and the father figure for Spider-Man.

In addition to Giacchino’s own themes, I do have to mention Alan Silvestri’s Avengers theme, which is wonderfully integrated at the end of “Taking the Gullible Express/Spidey Sensitive.” I love to hear how a composer takes someone else’s theme and integrates it into their own score. It is a bit ironic though to hear Silvestri’s Avengers theme on a soundtrack album by Michael Giacchino, but not the other way around with Giacchino’s Dr. Strange theme on the Avengers: Endgame album by Silvestri.

As can be expected from Michael Giacchino, the composer is able to include all these beautiful themes musically into the movie, together with melodic background music that connects all the themes together to tell the musical story. Since it is an action movie, many tracks on the album are background music to support the action scenes with the themes and the melodic filler music connecting them, where “World’s Worst Water Feature” is one of the better examples.

I think this soundtrack is a perfect continuation of the music from the first movie, as Michael Giacchino has done for other movies as well. This score is another amazing example of his ability to continue where he left off musically by reusing themes from previous movies but changing them slightly to let the listener know that it is the same basic theme but used for a different movie. In addition, he is also able to create new magnificent themes that fit the musical style established in the first movie very well. Musically, the new phase of Marvel movies after Avengers: Endgame is off to a great start. 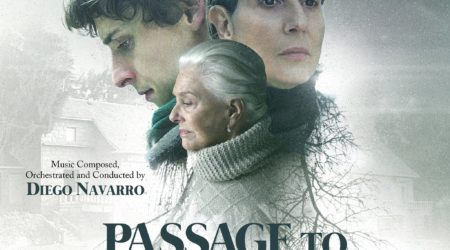