On Soundtrack World we try to spread out the interviews a bit, and for some reason the interview we conducted with none other than Don Davis, has not been published yet. That needed to change. The interview was held during the Krakow Film Music Festival back in May 2019, where Davis was asked to conduct the world premiere of the screening of Bram Stoker’s Dracula with live orchestra. The conversation about The Matrix was, of course, inevitable, but we also talked about conducting Dracula and about his career as an orchestrator. Since this interview was held on May 17, 2019, the official announcement of the fourth Matrix movie had not happened yet. At the time of publication of this article, no official composer for this movie’s soundtrack has been announced.

Don Davis: *laughs* No. I do what they tell me to do, that is all. I think Keanu’s performance in Dracula was a little on the unfortunate side. He got slammed by the critics. It was clearly not the right role for him.

AS: So did you do Keanu Reeve’s performance justice then, with your music in The Matrix?

AS: Let’s continue talking about The Matrix, which is the movie you are the most famous for. People see you as “The Matrix composer”. Do you see that as a curse or a blessing?

DD: I see that as a blessing. I am proud of it and I am very happy to have been associated with that trilogy. I have absolutely no regrets in that regard.

AS: You do not have the idea that it undermines the rest of the music you have written for movies and television?

DD: No, I certainly would have gotten less work if I hadn’t done The Matrix. I do not see having been the composer of The Matrix as a liability in any way.

AS: There is a rumor going around on the internet about a reboot, or a sequel, to The Matrix. That made me think. If the movie were to come out in this day and age, would you write the music for it differently?

DD: That is an interesting question. The Matrix as it was would not be done today. It does not fit into the template of what studios are looking for, for mass entertainment. It is too wordy and too deep a concept. I think it is clear that it would never be done now. So the hypothetical question is, if the same movie was done today, I would approach it in a different way, yeah.

AS: Let’s talk about something else. We had the world premiere of a live screening of Bram Stoker’s Dracula, with live music written by Wojciech Kilar, you conducted. What was exactly your role in this project, in addition to conducting?

DD: I was the interpreter of the music, rather than the creator of the music. My job as a conductor is to find the music in the written notes and to bring out the best in it, and to bring out the best of the orchestra, as far as my abilities will lend to that. If I would have composed the score, I would have been very critical about how the score fit  the picture and all that. That is not the role of the interpreter. The role is to find the musicality in the notes and to bring that out, and that is what I tried to do.

AS: Is that also something that comes from your experience as an orchestrator?

DD: Yes, I think that any conductor would adjust things like balance, as an orchestrator I would try to anticipate that. Balance issues are very delicate, but it is the conductor’s responsibility to balance the orchestra, so that you hear the melodies and motives, that you need to hear, in accompaniment, it should accompany and not dominate. Any conductor who has the ability will approach music in those terms.

AS: You have been orchestrating for other colleagues like Alan Silvestri and James Horner. How did it affect your own way of composing?

DD: Actually it was a great experience, because there is no better way to really understand how a composer approaches scoring a film than to orchestrate his music. All those composers had very distinct strengths that I tried to absorb. It was a really good experience, something I can recommend. Being an orchestrator does not necessarily lead to a career as a composer, but in my case, having had the experience of working closely with true master film composers, was a real education for me.

AS: My final question is about The Matrix, which you probably have heard a million times before: would you have taken the red or the blue pill?

DD: Hmmm. That is a good question.

AS: You have not been asked that question before?

DD: *laughs* I am trying to be honest this time. You know that is an interesting question, because in the story Cypher regrets taking the red pill, and he was right. The reality for him was eating garbage, being cold all the time and somebody telling him what to do. That is not a very pleasant reality. Accept a life of comfort that is bullsh*t or accept a life of misery that is reality. What would you choose? I do not know. I think I like bullsh*t! 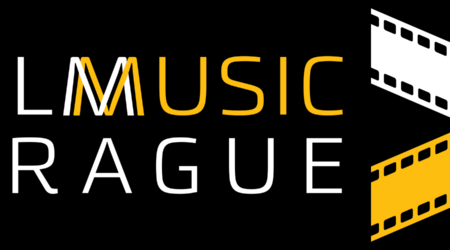